All right guys, time for you to get your pen and paper and start listing down these movies that’ll soon hit the silver screen, or you can just keep tabs of this post and check this spot from time to time, for we are going to update this entry with the latest trailers of must-watch-films of 2017.

All the bad gossips about this film  were silenced when they released the very first trailer of this feisty love affair between with Anastacia Steele (Dakota Johnson) and Christian Grey (Jamie Dornan) in Fifty Shades Darker. With so much gusto, the two stripped down to their nakedness to simulate the scenes as written on the book by E.L James.
The trailer is accompanied by male vocals singing the first installment hymn Crazy In Love. Click and sizzle with the sneak peek below.
Release date: February 2017
BEAUTY AND THE BEAST
“Tale as old as time.” The much-awaited remake of the classic Disney movie will finally be available in cinemas this coming 2017. Emma Watson, Dan Stevens, and Luke Evans will bring the characters Belle, the Beast, and Gaston, respectively.
As you know, and as we have posted here on the site, this trailer broke a new record as the highest viewed trailer of all time dethroning Fifty Shades and Star Wars.
So, just imagine the high anticipation of the fans, right? This film better live up the expectation.
Release date: March 2017
SABAN’S POWER RANGERS
Oh time to bring back the 90’s with this offering from Lionsgate and Saban! Power Rangers is hitting the big screen next year, and we cannot wait to see how they enhanced the Rangers suit. And oh! Rita Repulsa is bringing a new do- sans the maleficent -like evil horns, in this film adaptation. Rita will be played by Elizabeth Banks, and we are kinda solved with that!
So yeah! May we hear you say “It’s Morphin time!”?
Release date: March 2017
GHOST IN THE SHELL
This Japanese popularized manga series was given a new take by injecting Caucasian looking lead. Most would say that, they should’ve casted an Asian talent, but hey! Chill, we are pretty sure, Scarlett Johanssen will give justice in playing a cyborg policewoman named Motoko Kusanagi in Ghost in Shell.
What’s impressive with this trailer? They really copied some of the animated scenes from the original Manga series! Go click and watch!
Release date: March / April 2017
GUARDIANS OF THE GALAXY VOLUME 2
Are you still hooked on the feeling? You better be because Star-Lord (Crhis Pratt), Gamora (Zoe Saldana), Drax (Batista), Rocket (Bradley Cooper), and Groot (Vin Diesel) will defend the galaxy this coming year with the latest installment of Guardians of the Galaxy!
As early as now, we couldnt contain our excitement to see Baby Groot in the big screen, and hear the film’s OST!
Release date:  May 2017
PIRATES OF THE CARRIBEAN 5: DEAD MEN TELL NO TALES
Captain Jack Sparrow is back! You read it right, this fifth installment of Pirates of the Carribean is a product of so many fan requests! We couldn’t blame them, Depp is such a pro in playing a pirate. Right?
Release date: May 2017
ANABELLE 2
You haven’t seen the last of her. The second scariest doll (after Chucky) will be on the big screen to give you another reason to be scared of her. Crucifix wont suffice, so be sure to keep a friend close beside you when you watch this next year.
Release date: May 2017
WONDER WOMAN
The amazon princess will hit the big screen this 2017. Fall in love with her power, grace, and wisdom as Gal Gadot is Wonder Woman.
Release date: June 2017
JUSTICE LEAGUE
Batman (Ben Affleck), and Wonder Woman (Gal Gadot) are coming back with new recruits, Aquaman (Jason Mamoa), The Flash (Ezra Miller), and Cyborg (Ray Fisher) to fight-off evil.
Wondering why I didn’t mention Superman? You’ll find out why next year.
Release date: November 2017
LOGAN
We are hoping that this wont be the last story of Wolverine. That’s our request. But yeah! before we sulk to sadness, Hugh Jackman is back as a bladed mutant in Logan! Check it out below.

After so many remakes and swinging from one studio to the other , our friendly neighborhood is back! He did a cameo during the Avengers, and now he’s got a full length film- yet again- with Spiderman Homecoming

Mr. Garfield was replaced by a fresher face with Tom Holland playing as the lead.

Zac Efron along with Dwayne Johnson and pretty, sexy ladies will hit the big screen with Baywatch. Who wouldn’t wanna miss this visual treat, right?

From what we have heard, Pamela Anderson will also make a cameo in this film. Correct?

Tom Cruise is back in The Mummy! We are pretty sure this movie wont be like the first with Brendan Fraser, whose acting is somewhat, meh!

No need to further explain, just dig this trailer or else…

Allanah Paragas
Allanah Paragas is a very opinionated writer when it comes to politics. She writes everything that she could think of. She is a health buff who loves organic and healthy food, CrossFit, badminton, and archery.

Allanah Paragas is a very opinionated writer when it comes to politics. She writes everything that she could think of. She is a health buff who loves organic and healthy food, CrossFit, badminton, and archery. 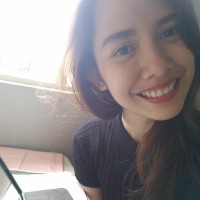 Allanah Paragas is a very opinionated writer when it comes to politics. She writes everything that she could think of. She is a health buff who loves organic and healthy food, CrossFit, badminton, and archery.