We’re all not too late for this new Korean Drama train, aren’t we?

This Korean Drama is a far cry from your usual romantic and sappy shows that you’ve loved.

A world of the Married life is a phenomenal show that follows the story of Ji Sun Woo (Kim Hee Ae) a family medicine doctor, married to Lee Tae Oh (Park Have Joon) who is a thriving film director. Their life seems to be perfect with a happy family, a successful career. But everything crumbled down when Sun Woo discovered the infidelity of Tae Oh with a younger and wealthy lady.

Sounds pretty simple and usual, right? How about stepping it up a notch by adding a twist of conspiracy and betrayal of the people whom you considered your friends and trusty allies?

We listed down some of the reasons why you have to watch this intriguing K-Drama, so you better read it all up after the jump.

THE SHOW IS RATED -R BUT NOT BECAUSE OF OBSCENITY OR VIOLENCE, BUT FOR A DIFFERENT REASON

In a press conference, the show’s producer Mo Wan II shares “It’s a story about a married couple and the overall setting of the drama couldn’t be dealt with lightly. The ratings weren’t given based on the violence or the sexual elements, but because the actors’ portrayal (of married life) was too realistic that the scenes seemed more tense, grave, and sensational,”.

IT IS THE SECOND HIGHEST RATING DRAMA IN THE JTBC HISTORY

Despite its R-rating, A World of Married Couple has become JTBC’s new drama to snatch the second-highest rating show in Korea and has taken over Itaewon Class. “The World of the Married” shows no signs of slowing down as its ratings mark a new personal best for the drama, during its sixth episode’s run but just six episodes into its run.

IT IS NOT YOUR USUAL KOREAN DRAMA, AND YES, FAR FROM THE USUAL LOVE AFFAIR FLICK 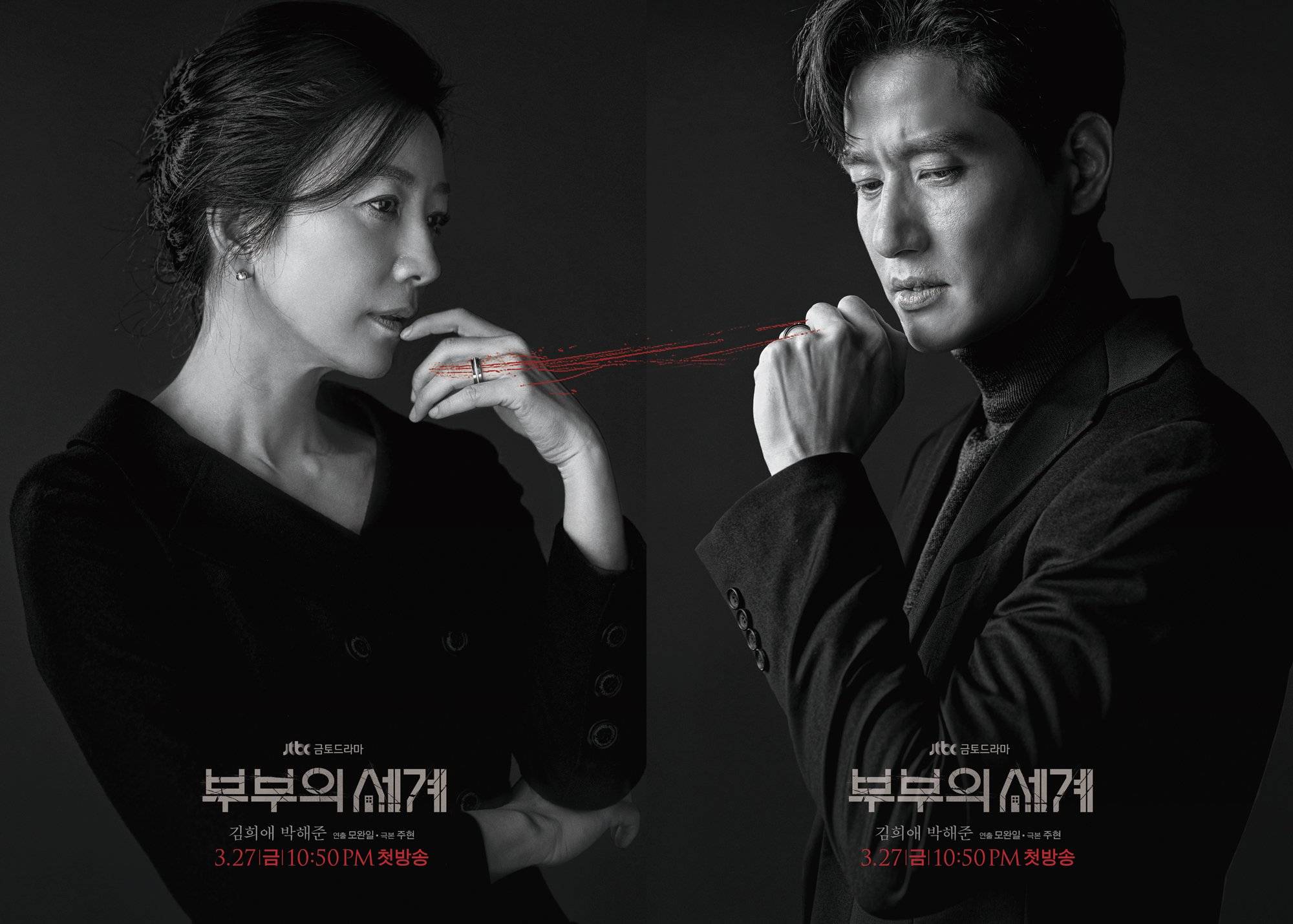 A World of Married Couple is an adaptation of the British drama Doctor Foster (2015) that aired on BBC.

However, they tweaked the story to fit its viewer’s taste. Mo Wan-il told The Korea Herald, “While the original is focused more on the main character, in adapting the story for the Korean drama, we wanted to portray a whirlwind of emotions to rage around the main character and the people around her.”.

The story do not just revolve around the wife’s hunt for her husband’s mistress, but rather focuses as well on how the lead character deals with infidelity and her relationships with the people around them.

EACH EPISODES WILL MAKE YOU WANT TO PUNCH YOUR SCREEN. ‘COS IT’S INTENSE AF

Need we say more? If there is one thing that’ll grip you from this series, it’s the revelations and insane twists in each episode that’ll make you wanting for more. We do not want to spoil the episodes, but we can guarantee that each one house and 45 minutes long episode will leave you at the edge of your seats.

If this show is too much for you to start your K-Drama binge-watching activity, hit this link for a crash course to get you started.